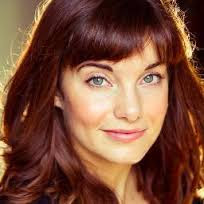 style="line-height: 1.4;">Rebecca Trehearn's career is going from strength to strength. With shows like We Will Rock You, Dirty Dancing and Love Story under her belt, she is currently astounding audiences in the UK tour of Ghost. I caught up with her recently to chat all things Molly Jensen and beyond.

Your bio is really impressive and performing seems to have always been a part of your life – what in particular attracted you to theatre?
I think the idea of being someone else just really appealed to me!  Having started singing competitively so young, the attention that came with that also brought with it a degree of being picked on that kind of knocked the confidence out of me.  I was a pretty shy kid; I guess for a long time I was just more comfortable in someone else's skin than in my own.  Having a character to hide behind felt safer!

Is there anyone specific within the industry you would love to collaborate with?
I've been fortunate to have worked with some amazing directors, writers and performers over the last few years, so it's difficult to single someone out!  I think it's more a case of dream venues for me at the moment.  I'd love to work at the National or the Donmar and having done a gig at Birdland in New York last year, would also love to work in the States again.

You were fabulous as understudy Molly in the West End production.  How different is it to be playing the role full time now?
One of the biggest differences is having to find a new way to pace yourself, I suppose.  As an understudy you go for your life, knowing that you're unlikely to get much more than a couple of weeks on at a time.  Playing a role like this long term, I've had to learn not to be quite so hard on myself!  The biggest joy though, has been getting to experience a proper rehearsal process and really explore the character and her relationships with Sam, Carl and Oda Mae, in a way you simply don't get the opportunity to do as a cover.  I think I feel a sense of ownership of these relationships now that I didn't when I was having to slot into someone else's process at short notice.


What can people expect from the show?
An incredible spectacle, illusions that will blow you away, amazing choreography, gorgeous songs, plenty of laugh out loud moments and more than anything else, huge heart.  Bring your tissues!

Ghost is obviously a very intense and demanding show, what do you do to stay motivated and keep the role of Molly fresh?
I think the fact that we're touring helps.  Having to get used to a new venue every few weeks keeps you on your toes, you really can't afford to hit auto pilot, ever!  It's also a testament to both the writing and my co-stars that the idea of keeping the show fresh has never felt like an issue to me.  I have so much fun bouncing off of Stewart, David and Wendy every night and the writing is so strong, that I can't help but be completely swept along by Molly's journey every night. 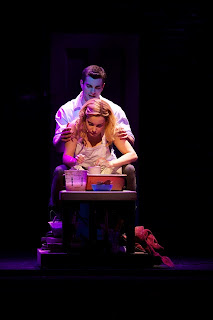 Being part of a touring cast you get to visit a lot of cities. Do you get any down time to experience them? If so what's been your favourite city so far?
Yeah, there's always some time to explore!  So far, I'd say Edinburgh has been my favourite city.  It's just so beautiful there, the architecture is incredible.  I had a list as long as my arm of things I didn't get round to doing, sadly!

Aside from Ghost what's your favourite production at the moment?
I'd say Once.  I saw it on Broadway and in the West End and I just love it, it's a stunning piece of theatre.  Dream job!

What's next for you ?
I've got a couple of gigs coming up in London soon; beyond Ghost, who knows...?!

Huge thanks to Rebecca for taking time out of her busy schedule to answer my questions.

Be sure to catch Ghost as it tours the country-  venues, dates and ticket information can be found here. 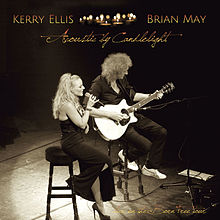 Album :
My favourite album this month is Acoustic By Candlelight by Kerry Ellis and Brian May. When you combine a West End superstar and a rock legend you would naturally expect the outcome to be great. But this album really strips back some of the songs the duo are best known for and showcases them in a completely new way. Recorded live from their Born Free tour we are treated to a range of tracks (including the very catchy single 'The Kissing Me Song') and even some of their chat in between songs. This is a great chill out album and if you haven't picked this up already- what you waiting for? 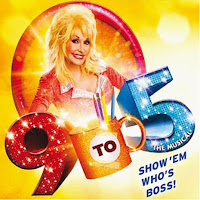 Show:
9 to 5 returned to Glasgow for this second time this tour and after loving it the first time I simply had to grab some more tickets. This is such a feel good show that really makes me want to get up off my butt and make things happen. Great score, great cast and an all round great night out- love it! 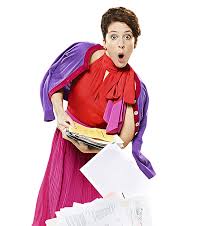 Performer
Keeping it in the 9 to 5 family this month my favourite performer is Natalie Casey. I have seen Natalie perform a few times now but her take on Judy Bernley (the recently single, office newbie) really blew me away. 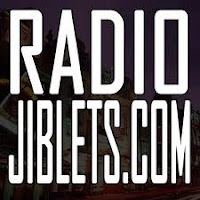 Random:
Radio Jiblets is a radio station dedicated to showtunes, and the best part about it? The audience get to choose the tracks!! It has become a Monday night tradition of mine to dig out my hair brush (to use as a mic of course) and be stagey for 2 hours. Check out their twitter for details of the next show and how to get involved : twitter.com/radiojiblets

It's August, and for me that means only one thing... The Edinburgh Fringe. For those who don't know, the Fringe is a month long festival showcasing all things culture. You can expect theatre, comedy, street performers and a generally crazy atmosphere. I had my first visit of the month this week and it was so much fun.


If you've never been to the Fringe before it can seem quite overwhelming with the amount of shows on offer. What I normally do is thumb through the brochure (or the swanky new app) and pick out shows that I definitely want to see, then book these in advance to avoid disappointment. With my free time in between shows I love taking a stroll along the Royal Mile when you can gather fliers, see little tidbits of the shows and really soak up what's going on. That being said I thought I would recommend some of my personal favourites. 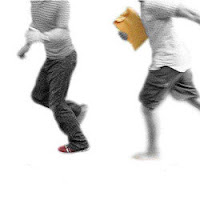 First on the list is [Title of Show], a musical comedy about two guys creating an original show for the New York Musical Festival. The cast, packed to the brim with talent, did a cracking job with the small stage of the Assembly Checkpoint. Robbie Towns and Ricky Johnston had great chemistry as budding writers Hunter and Jeff and the vocals were spot on, especially from the girls, Carly Stenson and Jamie Lee Pike. If you fancy seeing an original and witty one-act piece this could be the show for you.  Tickets can be found here.

The next show, 'A Pile of Wit', is an improv comedy.  This was a first for me and I wasn't sure what to expect, but was sold when the guy handing me the flier asked if I wanted this 'free piece of paper'.  When you're being handed literally hundreds of fliers it helps to be a bit different!  Although I was hesitant I ended up really enjoying it. An audience member was picked to answer a few questions which formed the basis of the show - this is  a really smart concept as it means each performance is unique and fresh. The guys looked like they were having a ball and I even ended up on stage trying to resuscitate Melvin the mule - don't ask! This show is great for some light-hearted fun and I would definitely recommend checking them out. Details here. 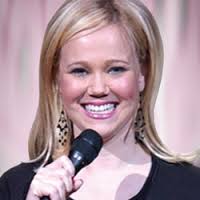 My last stop was to see Caroline Rhea do some stand up... and she was fricken awesome! Us 90's kids will remember her as Aunt Hilda from 'Sabrina the Teenage Witch' and if you thought she was funny then, you're in for a treat now. Tales of bad break-ups, cute anecdotes about her daughter and a 'This Is Your Life' style slide show is only some of what you can expect (oh and I've yet to come across another comedian that gives out free After Eights - I'm easily won over!). She comes across as the most down to earth, witty woman who I would love to sit down and put the world to rights with. This show is a must see and I'd grab your tickets here now.
Posted by Siobhan at 04:42 No comments: