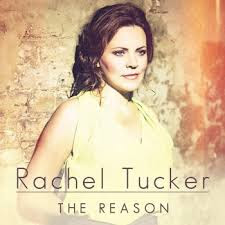 Rachel Tucker is probably best known for playing the role of Elphaba in the hit musical Wicked. Belting out amazing songs, with that power house voice to sold out crowds every night was a usual occurrence for this leading lady.

Fast forward a year or two to the release of Ms Tucker debut album - The Reason. Packed to the brim with fabulous covers,  even more fabulous vocals and a personal touch that cannot be missed and you have yourself a recipe for success.

From the first listen through I really get the impression that this album is a journey through Rachel's life and career to date.  The first track, Small Bump, is obviously to represent Rachel becoming a mum for the first time. This is a gorgeously soulful track and you really believe every word she's singing. Some of the songs on the album, such as The Reason and My Immortal are not often heard covered as they are big songs with strong originals. However Rachel really does the tracks justice and puts her own spin on them.

Of course musical theatre is strongly represented throughout the album. There's a really great stripped back version of 'I'll Cover You' from RENT which sounds awesome with female vocals. A nod is also given to her time playing Meat in We Will Rock You with 'No One But You' and of course there had to be a track from Wicked which Rachel referred to as 'the biggest and best part' of her career to date. There have been many versions of the iconic song 'Defying Gravity' released over the years, but I think this one is my favourite outwith the show itself.

You don't have to be a musical theatre fan to enjoy this album as there is something for everyone, but it's also a real treat for fans who have been following Rachel's career over the years. Pick up your copy of 'The Reason' here.
Posted by Siobhan at 03:47