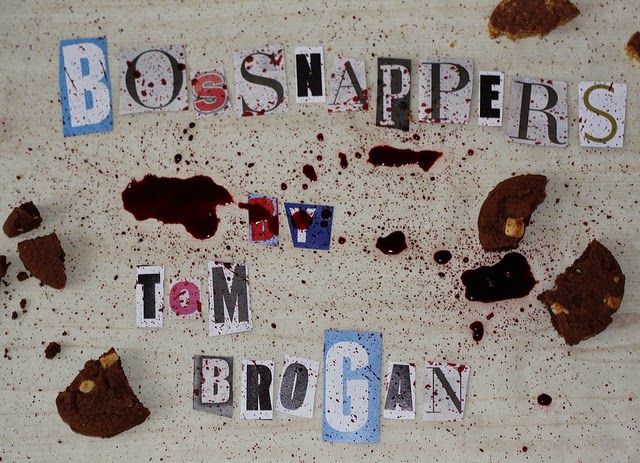 The premise of Tom Brogan’s Bossnappers might not seem like an obvious choice for a comedy play - four long-standing biscuit factory workers facing the threat of redundancy and the fear of the unknown - but due to a quick and witty script and six talented performers, it works.  Staged in the quirky CCA as part of the Glasgow International Comedy Festival, the play captures the spirit of true Glaswegian determination in the face of adversity.

Janis Marshall Reilly and Jamie Lee McPherson made a heart warming duo as work besties Meg and Rose whose main priority - supporting their families - really endeared them to the audience. Skiver Gwen’s Snapchat obsession kept the show current and Louise Henderson’s comic timing playing her was spot on, especially impressive when you consider this was Henderson’s acting debut. Ros McCue and Nicola Clark were responsible for a lot of the hilarity playing ditzy cleaner Alice and glamorous Helen who both had secrets up their sleeves that were revealed as the plot unravelled. The cast was rounded off with the villain of the piece, gaffer Les who just can’t seem to get out of his father's shadow. Props to John Winchester for being a believable baddy while still showing a vulnerable side. 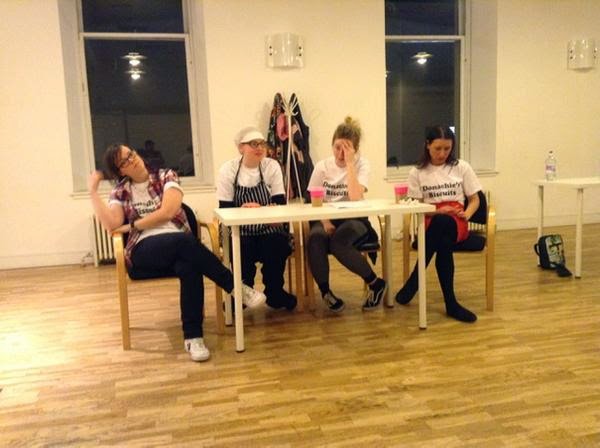 It’s refreshing to watch a predominantly female cast play strong and ballsy characters, a challenging feat for most writers including Brogan himself who admits in his blog on the festival’s website that woman have been underrepresented in his plays. It’s clear to see he has overcome this and created a relatable and hilarious group of women without allowing them to become caricatures.

Bossnappers runs until 24/03/15 at the CCA, Sauchiehall Street, Glasgow. Tickets can be purchased via the website - http://www.glasgowcomedyfestival.com/shows/1081.
Posted by Siobhan at 11:50